Making a Difference in Tunisia

This past weekend I joined twenty eight Tunisian friends from the country’s north to bring food, clothing and medical supplies to a village in the south whose main source of income – tourism – has almost completely disappeared following the Jasmine Revolution.

Making a Difference in Tunisia: Overnight in the Sahara Desert

For many of the participants this was their first time experiencing the desert life and hospitality of southern Tunisia.  For me the opportunity to travel with locals made the experience more enriching because I participated in Tunisian culture with them.  I also enjoyed watching my new friends discover their own country and the peoples from southern regions that make up the Tunisian mosaic.

We departed Sousse, Tunisia’s third-largest city, at 9:30 am for a six-hour drive to El Sabria at the edge of the Sahara Desert.  The jaouw (Tunisian word for ambiance or vibe) that would become the signature of this trip started when a musician in the back of the bus began playing the drums. Dancing in the bus soon followed. 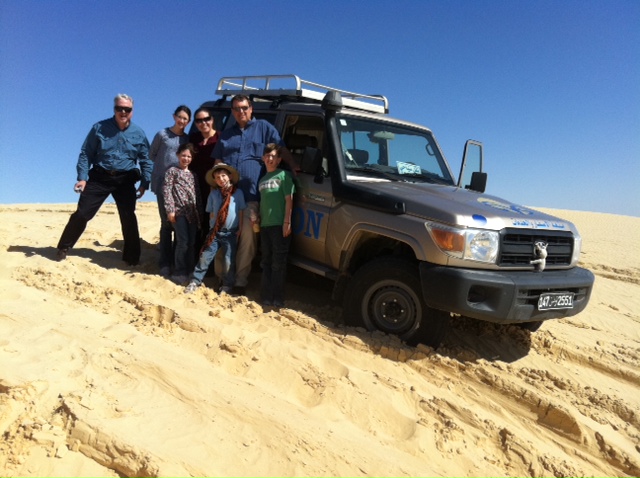 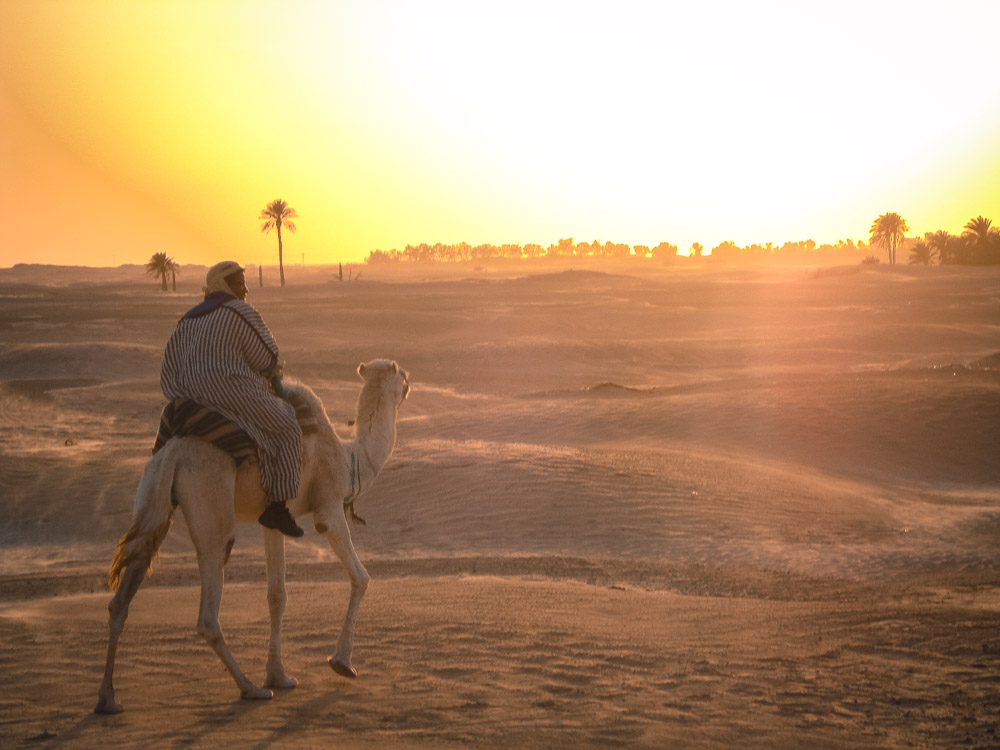 Two hours later we passed through a town lined with barbecue grills and roadside restaurants so we stopped for lunch. The aroma of meshwe(barbecue) and spices filled the air. We selected our portions of lamb and soon bowls of grilled meat, salad, harissa and olive oil filled our tables – the first of several delicious meals I would share with my new friends. We continued to the village of El Faouar, on the edge of the Sahara Desert, to drop off supplies and medicines at a newly-formed association that distributes goods to surrounding communities on Fridays (see part 2) before continuing to meet local guides at El Sabria.  After several minutes of warm greetings and photos, the men from the village loaded our bags, equipment, and some members of our group onto camels for the hour-and-a-half trek to our campsite in the dunes.  I chose to run up and down the dunes on my own.

Because we arrived at our campsite at dusk our guides quickly put up the tents, built the fires, and started making flat bread in coals on the sand.  We then shared another delicious meal and washed it down with more tea cooked over the fire.

Then came another round of singing and dancing until after midnight.  Did I mention Tunisians love music?  With big smiles the local guides drummed traditional rhythms on the darbuka and bendir and weaved songs that seemed to flow like the sand of the desert surrounding us.  All of this took place under an incredible canopy of stars.

Making a Difference in Tunisia: Afternoon in Toujane

After leaving the Sahara, we traveled two hours north to the village of Toujane,  located in a region known for its indigenous culture.  Some villages in the areas still speak the Tamazight language (Berber) in addition to Arabic.  Toujane has no running water and the remaining residents still draw water from a spring located over a kilometer away.  Typically tourists pass through on their way to Tatouine further south, however, few are coming these days.  Tourism in the south is only 20-30% of last year, and this is the high season for the region.  In addition, a severe drought in the south has crippled agriculture and driven away bees for honey production.  We stopped for a homemade couscous lunch prepared by village families for us, and to collect their Kilim carpets to resell in Sousse.  I think this leg of the trip made us all realize that real needs exist here in Tunisia and that it is possible to help with a little creativity and initiative.

Following some delicious rosemary tea in Toujane we loaded the bus to head home.  Everyone returned tired and sun-burned but completely satisfied from having helped communities in need with a small gesture through tourism.  Nearly the entire group slept for the first two hours of the five-hour bus ride back to Sousse.  Then someone in the back of the bus started playing the darbuka and we sang and danced in the aisle of the bus the rest of the way home.

Check out more photos from my adventure.

About the Author: David 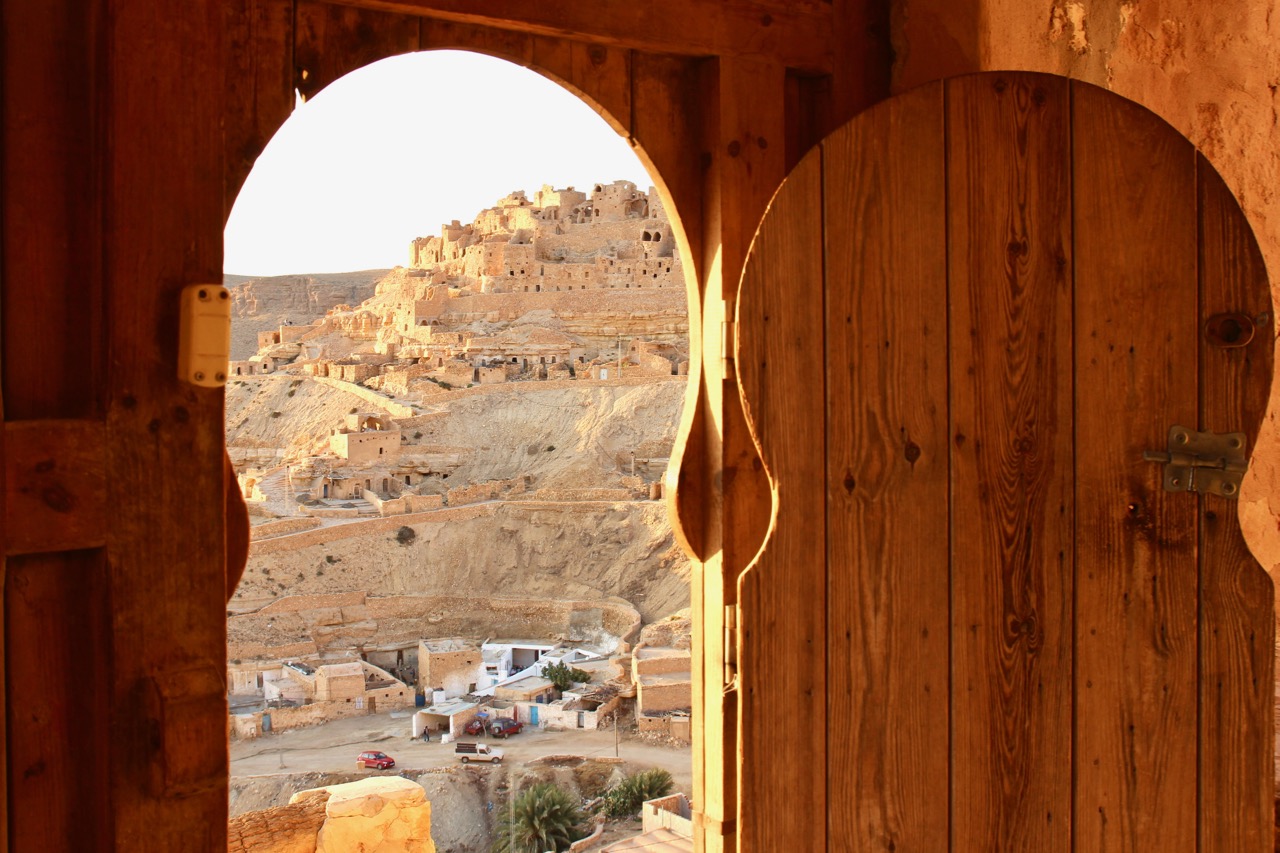 Spotlight on Sustainability: The Kenza Hotel in Chenini Tunisia Gallery

Spotlight on Sustainability: The Kenza Hotel in Chenini Tunisia 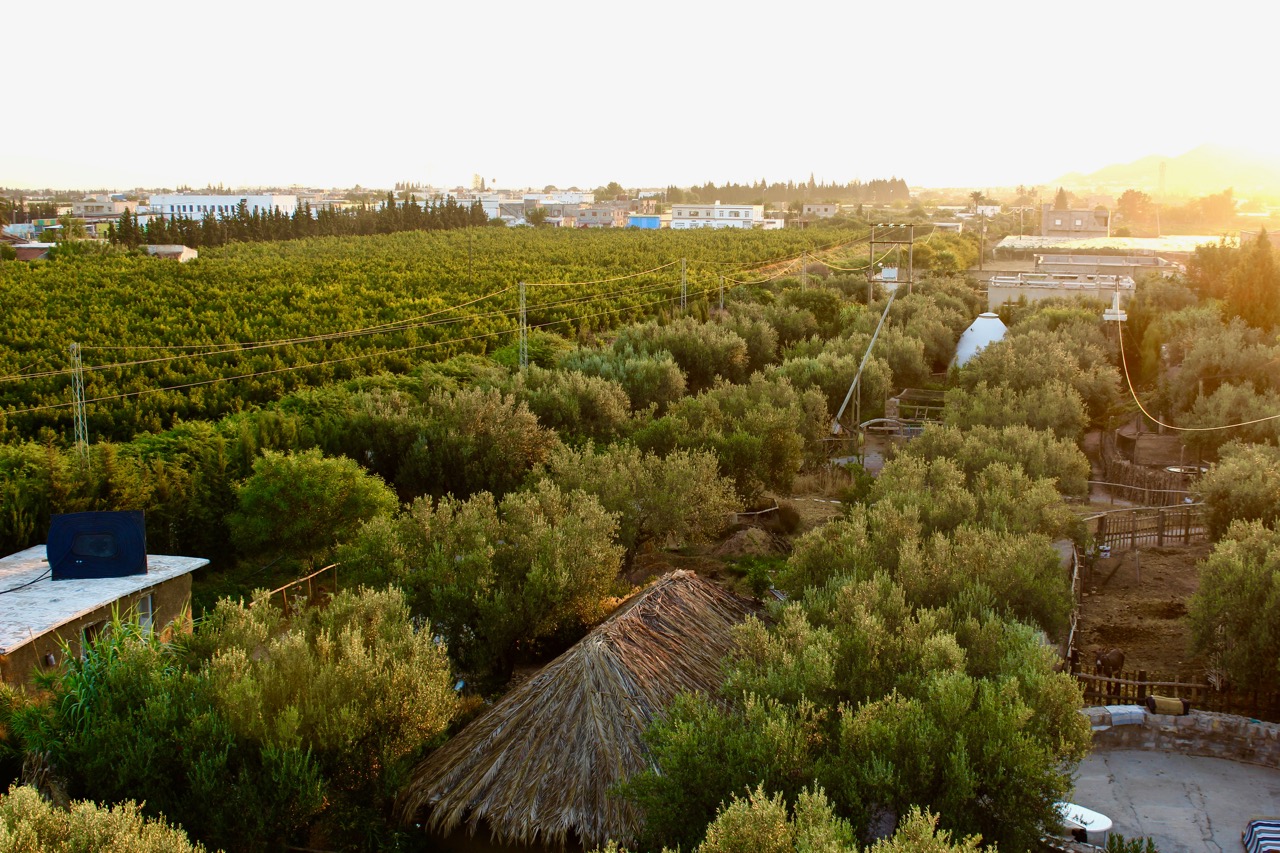 Spotlight on Sustainability: The Mornag Eco-Farm