Crossing into Israel/Palestine from Jordan can be a bit intimidating for some travelers. Here’s a step by step of how to cross from Jordan to Israel-Palestine via Allenby Bridge, also known as the King Hussein Bridge.

Why Use the Allenby Bridge Crossing from Jordan to Israel/Palestine?

The Allenby/King Hussein Bridge is the most accessible crossing from Amman to Jerusalem, the cities most travelers are moving between. This border crossing also tends to be the most challenging to enter Israel. As this is the main entry for Palestinians to enter the occupied West Bank, Israeli security is heightened. The Sheikh Hussein crossing in the north, or the Wadi Araba crossing in the south, are much less daunting. However, for most people, the Allenby/King Hussein Bridge crossing is the convenient choice because of its location. Below are the steps you’ll take when crossing the border from Jordan to Israel/Palestine.

Step by Step Guide to Crossing from Jordan to Israel/Palestine via Allenby Bridge:

Regardless of whether you’ve chosen to book a private driver, a local taxi (around 20-25 JD), or a shared taxi from the north Amman bus station (4 JD), the drive to the border from Amman is around 45 minutes. Note that there are two bus terminals at the crossing that leave Jordan: one is for Palestinians, and the other is for foreign tourists. If you have a private driver, he will take you directly to the terminal for foreign tourists. A shared taxi or local taxi may take you to the terminal for Palestinians, which is usually quite crowded. Just let your driver know you want to go to the other terminal and he’ll swing around the corner and drop you off there.

Once you enter the terminal, you will pay a 10 JD exit fee ($14 USD) at customs. They will keep your passport until the shuttle to Israel/Palestine leaves. While being without your passport can feel quite uncomfortable, this is the standard procedure at this border crossing. 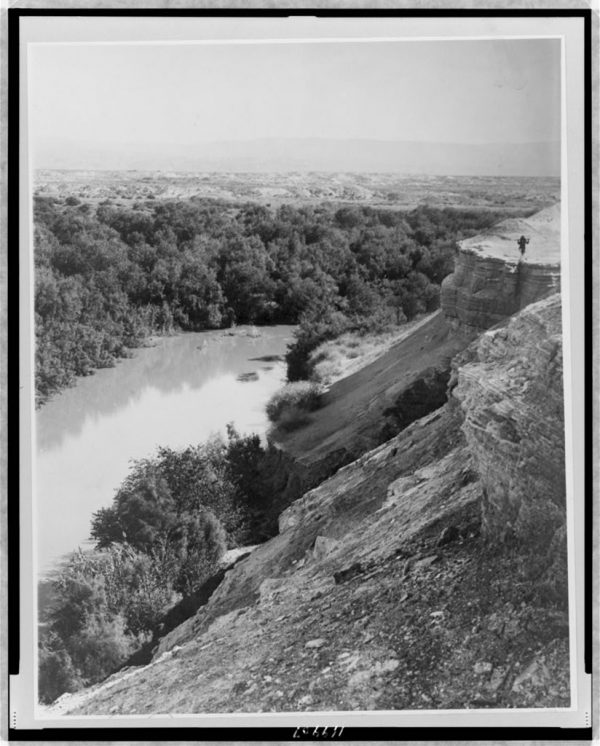 The Jordan River as seen from the Allenby Bridge. Photo date unknown (sometime between 1870-1920).

Note: if you are planning on visiting a country that does not have amicable relations with Israel, you may not be allowed to enter if there is evidence in your passport that you have visited Israel. Please consult the below list of countries to see if your travel plans would be affected by this. While Israel border control will provide paper a “stay permit” in lieu of a stamp in your passport, if you have an exit stamp from Jordan that says the King Hussein Bridge on it, it will suffice as evidence that you visited Israel. However, you can simply ask the Jordanian official to stamp a piece of paper instead of your passport. They will gladly oblige (this is a common request). Be sure to keep the small stamped paper in your passport.

Either wait on the bus, or in the waiting area. An officer will come and escort everyone from the lobby to the shuttle.

Once the bus begins moving, the officer will hand your passport back to you.

There will be a stop where a Jordanian official checks your passport and rips off the stub of the Jordanian customs ticket.

Arriving on the Allenby Bridge Shuttle From Jordan to Israel

Once you arrive at the Israel controlled crossing, your luggage will be removed for you and run through security (please make sure your bag does get on the conveyor belt to pass through security as this part of the procedure may change). You will get your bags back after you pass through immigration.

Security may take your passport at this point as well, or you may keep it until you get to the immigration official. Just follow the instructions given.

The immigration officials will ask many questions about your visit, particularly if you are planning on visiting Palestinian territories. Answer honestly, but please note that based on your responses they may hand your passport to another official who will ask you more follow up questions if they deem it necessary.

Not a Passport Stamp but an Israel/Palestine Stay Permit 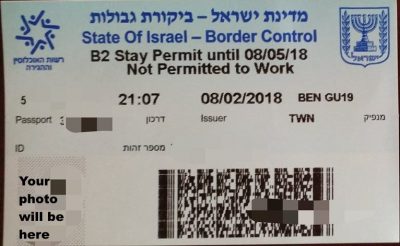 The stay permit you will receive in lieu of a passport stamp.

Once you are allowed entry, you will receive a printed visa that you must keep in your passport. This is officially a “stay permit” that you must keep with you. Israel borders began providing this document a number of years ago instead of a stamped visa in one’s passport. This makes visiting countries that restrict travel to Israel significantly easier, provided you do not get the exit stamp from Jordan in your passport (see above).

Once you pass immigration, you will collect your luggage. If you have booked a private tour, your driver will be waiting for you after customs. If you are traveling independently, after you exit the building there is a kiosk just outside the door selling tickets on a “sherut” or shared taxi/shuttle. Tickets to Jerusalem are 42 Shekels (around $12 USD). You will be dropped off near the Damascus Gate of the Old City in East Jerusalem. You will need to wait on the shuttle until all the seats are filled; they do not leave at designated times.

The trip from the Allenby Bridge border to just outside the Damascus Gate in Jerusalem’s Old City is around 45 minutes.

The entire trip, from Amman to Jerusalem, can take as little as three hours, though I would suggest you prepare for it taking five hours or more. 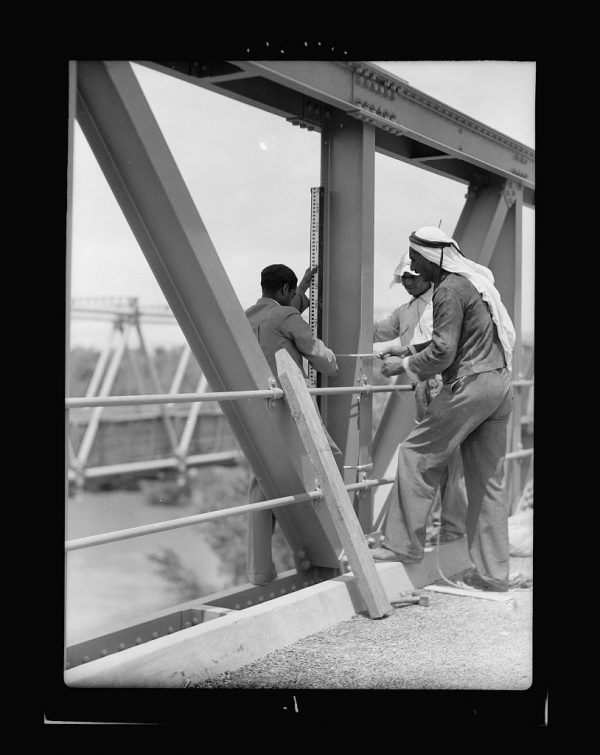 Now that you’ve learned how to cross from Jordan to Israel-Palestine via Allenby Bridge you’ll realized that the return process of getting back to Jordan is significantly easier. If you are on a private Palestine/Israel tour your driver will take you directly to the crossing. If you are on your own, you can either take a taxi from anywhere or a shuttle from the bus station near the Damascus Gate. This trip takes around 45 minutes.

Once you arrive at the border, a porter will take your luggage and give you tags for each bag. Your luggage will be dropped off near the bus. You will need to show your tags to collect them.

You will pay an Israel exit tax of 180 Shekels (around $52 USD). This can be paid with cash or credit card.

Then pass through the Israel customs, which is quick and easy, and put your luggage on the bus.

Once you arrive on the Jordan side, if you are concerned about evidence of traveling to Israel, ask the immigration official to stamp a paper instead of your passport. He will stamp the same paper you used when you initially left Jordan.

Upon entry into Jordan, your private driver will be waiting for you just outside the border parking lot. If you are traveling independently, you can get a taxi to Amman for around 20 JD ($28 USD).

Many people have questions and concerns about getting an Israel stamp in your passport. Since the introduction of the stay permit mentioned above, Israel no longer stamps passports for those who do not need a visa before arrival. However, if you have an exit stamp from one of the Jordanian or Egyptian land crossings into Israel/Palestine, that will suffice as evidence. If you are traveling to any of the below countries before you need your passport renewed, please follow the above advice when exiting Jordan or Egypt.

The following countries do not allow entry if they find evidence that you have visited Israel:

The Most Important Tip: Seek Awareness 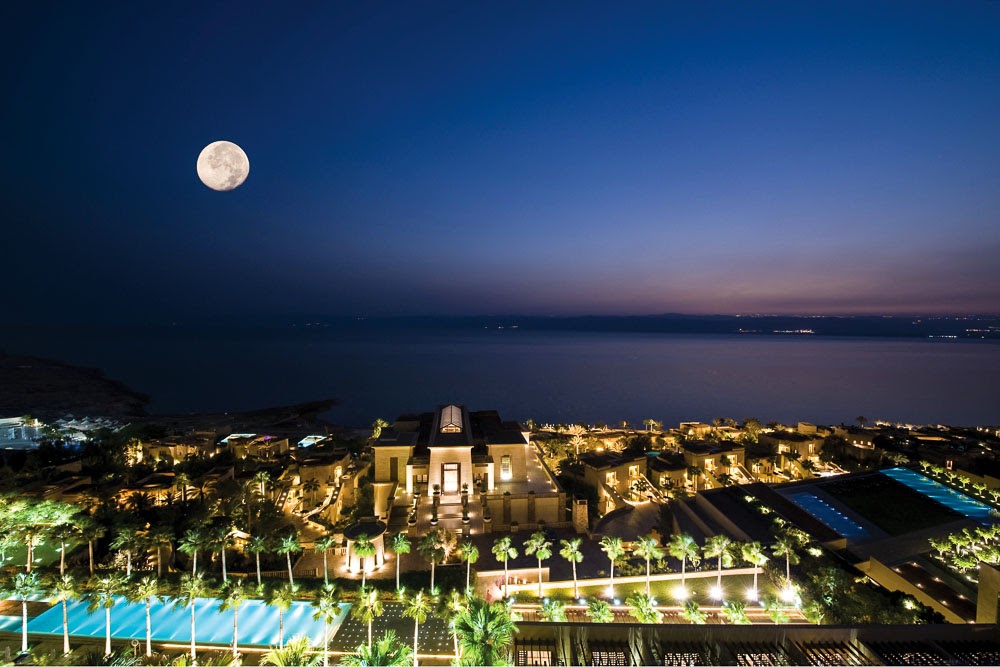 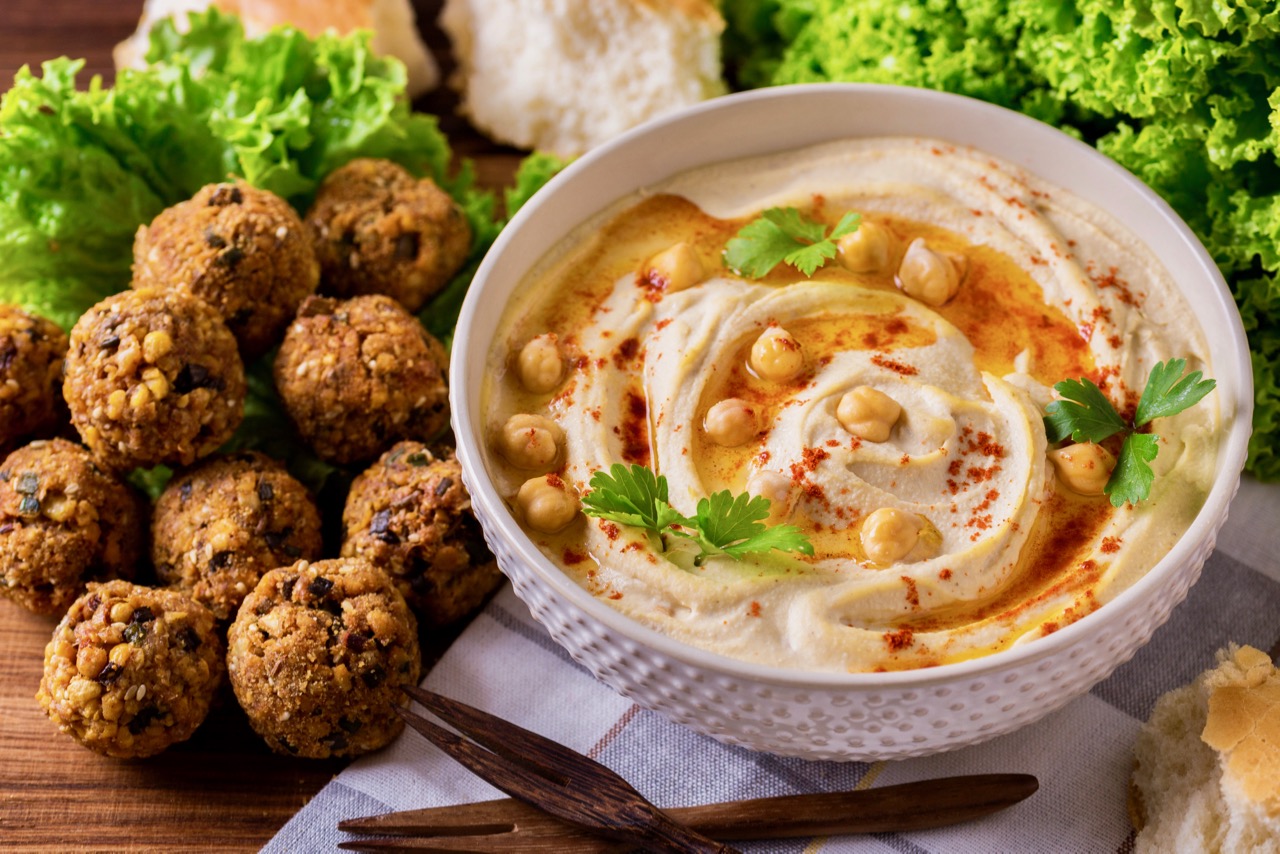 Vegetarian and Vegan Travel in Jordan